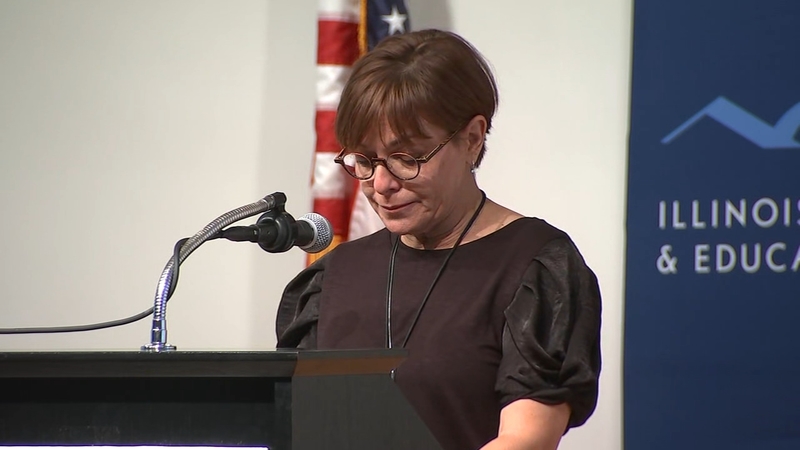 WILMETTE, Ill. (WLS) -- The Illinois Holocaust Museum held a memorial service Thursday for a Chicago woman who dedicated her life to fighting hatred.

The Skokie museum, along with Fritzshall's family, held a celebration of life Thursday morning.

Friends also gathered at her funeral Wednesday to remember a leader who stood against prejudice and anti-Semitism.
EMBED More News Videos

Friends gathered in Wilmette Wednesday to remember a leader who stood against prejudice and anti-Semitism.

"Her impact is worldwide," said Marcy Larson, with the Illinois Holocaust Museum. "She was so accessible and so warm and so compelling. Everyone felt Fritzie's warmth and pain and passion for making the world a better place."

"The message that she conveyed and her legacy will be that of 'love your neighbor as yourself,'" said Ken Cooper, vice president of the Illinois Holocaust Museum.

Her friendship with a Catholic cardinal archbishop spread that message further.

"There really are very few differences between Catholics and Jews and Christians and Jews, you know, we all embrace family and education and peace and kindness towards others, and so, it's important that if you think there are walls, they are miniscule walls," said Jeff Pfeffer, a Illinois Holocaust Museum board member.