2 semis clip same Joliet viaduct in just over an hour 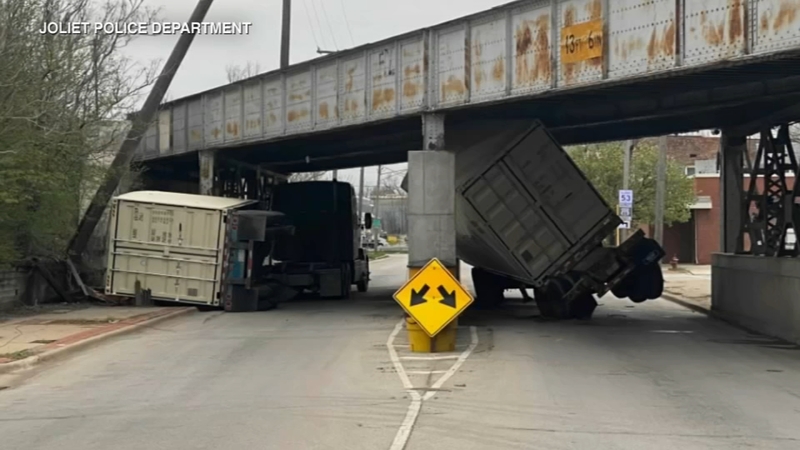 JOLIET, Ill. (WLS) -- Two semi drivers found out they weren't meant to fit under a railroad viaduct in Joliet.

The first semi crashed just before 5:30 a.m. Thursday morning when its trailer clipped the viaduct on North Scott Street north of Irving Street.

As police were investigating, a second semi did the same thing around 6:30 a.m. The trailer then struck a light pole after becoming separated from the tractor.