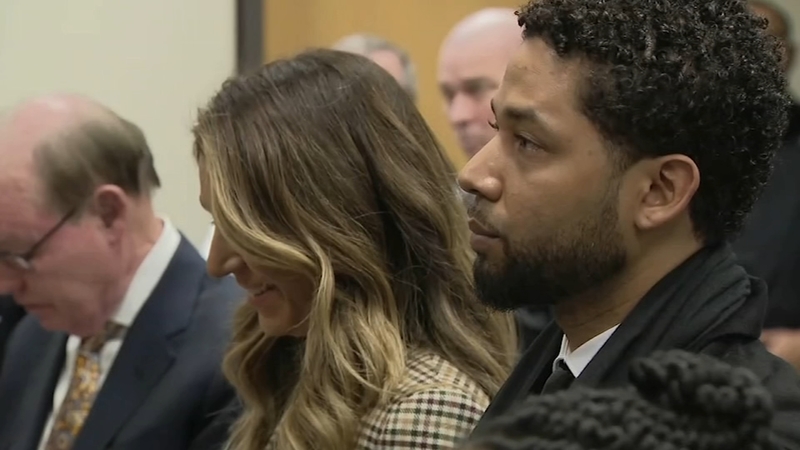 CHICAGO (WLS) -- Actor Jussie Smollett entered a 'not guilty' plea at a court appearance in Chicago Monday for allegedly lying about an attack in Streeterville last year.

Smollett had been re-charged with six counts of felony disorderly conduct stemming from the January 2019 incident. His bond was set at $20,000 and he is scheduled to be back in court on March 18.

His attorney described the new round of charges as frustrating, but said Smollett is "strong."

Attorneys for Smollett filed motions to have the case dismissed and to have the Illinois Supreme Court step in to stop the proceeidings.

Special Prosecutor Dan Webb was then appointed in August to look into the case, and the way it was handled by Foxx. A grand jury recently returned a new six-count indictment

Smollett's attorneys said they are worried about double jeopardy and plan to make an appeal to the Illinois Supreme Court.

In addition to the indictment, the city of Chicago has filed a lawsuit against Smollett to recoup $130,000 spent on the investigation. Smollett has filed a counterclaim that accused the city and CPD of ignoring key evidence that proved Jussie Smollett's claim of an attack.