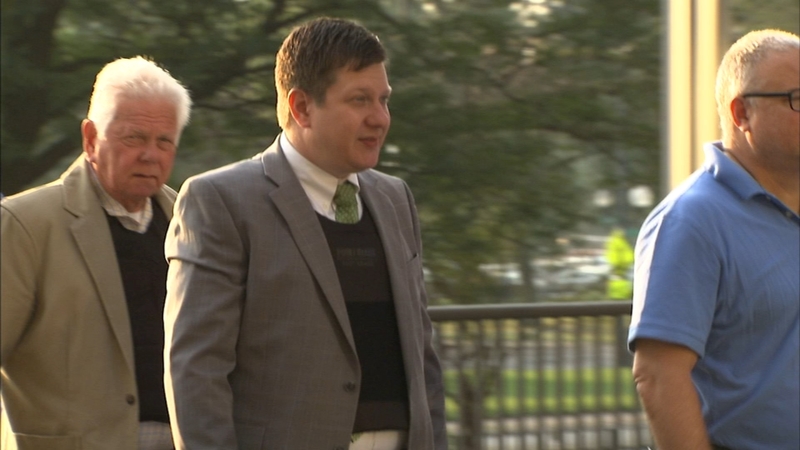 The judge denied a Motion for Directed Verdict by the defense and brought the jury back in so the prosecution could formally rest its case in front of the jurors. The judge put court in recess around 1:30 p.m.

There will be no open court on Friday as attorneys discuss and formalize jury instructions. Testimony will resume at 9 a.m. Monday when the defense begins to lay out its case.

The final set of witnesses called to the stand by prosecutors included an FBI ballistics expert, a use of force expert, and a civilian who was in a car and had a clear view of Laquan McDonald during the shooting. That civilian's son testified on the first day of the trial.

The motorist said at the time he didn't know why McDonald was being shot once he was on the ground.

"He just turned away from the police officers and like I said he was heading in a southwest direction. He was just trying to get away from them," Jose Torres testified.

A police use of force expert testified that other methods could be used if McDonald became aggressive toward officers.

"It's incumbent upon an officer to stop using deadly force as soon as he becomes aware that the threat has ended," Urey Patrick testified.

Van Dyke's lead defense attorney held the knife McDonald was carrying when he was shot as the use of force expert acknowledged anyone with a knife is a threat.

FBI ballistics expert Special Agent Scott Patterson went over the dash camera video shown in court several times and enhanced by the FBI to highlight McDonald so that jurors could see the video a bit more clearly.

In the video, red arrows marked where some of the bullets came from and in what sequence as Chicago Police Officer Jason Van Dyke fired his 9 millimeter semi-automatic Smith and Wesson pistol 16 times.

He also testified about Van Dyke's gun, describing how many pounds of pressure it would take to fire 16 shots.

"Every single trigger press on a double action pistol, such as in this case, will feel the same, and in this case we measured, it was about 8.1 pounds, so you have to press 8.1 pounds with your finger on that trigger to get the gun to fire," Patterson said.

The state also showed a demonstration done by an FBI master class shooter firing 16 shots. In the first video, the shooter fire 16 times in 3.77 seconds...in the second video the shooter aimed for 14.6 seconds.