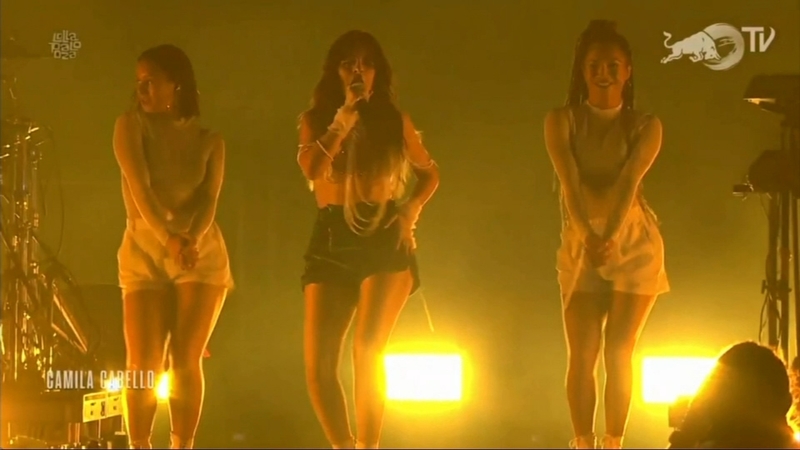 Lollapalooza 2018 kicks off in Chicago's Grant Park, with close eye on security

CHICAGO (WLS) -- Thousands of people out enjoying the first night of Lollapalooza in Grant Park. Fans from across the country have gathered for the four-day music festival.

It's no surprise these kids are pumped for opening day of Lollapalooza 2018. Performers include Arctic Monkeys, The Weekend, Bruno Mars, Jack White, and many more.

From body glitter to graphic tees, check out some of the hottest festival fashions we spotted at the first day of Lollapalooza 2018.

As the hands clap, the heads bob, and the heat rises, Dr. Rahul Kahare is keeping his eye out for some important signs in Lolla performers.

"When you stop sweating you're really in trouble. When you become confused, your friends tell you you're not acting right. Those are signs your temperature is over 100 degrees," Dr. Kahare said.

Dr. Kahare is the physician to the artists performing and their teams. He says the biggest ailment attendees and performers have in common during the music festival is that they don't drink enough water.

"People need to stay hydrated; artists do, the fans do. That means take it easy on the alcohol. And to get shade when your body tells you you're fatigued," said Dr. Rahul Kahare.

The ailment artists have a little more?

"I get some sprained ankles, a lot of them are rocking out," Karhare said.

But, some Lolla-goers might get a sprain or two in the midst of having fun.

"I'm expecting like a mosh pit, like people jumping in a crowd, just having a good time," said attendee Kamil Wisniewski.

As the fans descend on Grant Park for four days, some will have watchful eyes on them.

"I know they have a lot more security, so I feel safer," said attendee Ben Jones.

Police buckled down on the security protocol after federal investigators discovered that the gunman behind last year's Las Vegas country music festival massacre had scoped out the Blackstone Hotel across from Lollapalooza as well.

"We've asked the hotels to make sure they are looking at every room, every day," said Deputy Chief Kevin Ryan.

"They check your ID to make sure, in fact, you are supposed to be on the property," said Amber Daniel, guest at the Blackstone Hotel.

The same protocols are in place for neighboring Michigan Avenue hotels like the Hilton.

"I've been here before in the same hotel and there's no security, but there's definitely security now," said Will Baginski, guest at the Hilton.

It's not just police who've ramped up security but parents, too.

"Just dropping them to the hotel to make sure everything is ok," said mother Jyoti Shirahatti.

Shirahatti is chaperoning her son and their friends and staying with them at a hotel downtown for safety.
"Staying close to the Lolla, so it helps," Shirahatti said. "Because it's too much hassle traveling overnight. You know, it ends so late."

Music ends at 10 p.m. every night. Organizers expect 100,000 people to come to Grant Park each day of the four-day festival.

Two people were already in line early Thursday, hours before gates opened at 11 a.m. They traveled to Chicago from Ohio to see Travis Scott perform. This year's music fest will be their first Lollapalooza.

"Well I'm pretty excited. There's just so many artists and Chicago, it's a big city. It's a new experience, being out here, because I haven't been out here that much," one music fan said.

Jacques Webster flew in from Houston to meet up with his buddies from New York for his first Lolla experience.

"I've always known about the festival, I've always been super excited. I don't know, this is the first year we just kind of pulled the trigger and decided to fly all the way out here," he said.

Fans will see some big headliners over the course of the fest, including Bruno Mars, The Weeknd and Jack White.

Lollapalooza kicked off on the same day that an anti-violence protest is set to shut down Lake Shore Drive and snarl rush hour traffic. Organizers of that march asked Lollapalooza headliners not to perform as a show of solidarity with the march.

There are new rules for attendees this year. No backpacks and no liquids are allowed through security checkpoints.

Local hospitals are bracing for an increased number of patients with alcohol related emergencies.

"There is just a dramatic rise in alcohol-related visits to emergency rooms during Lollapalooza. It starts on the first day," said Dr. Robert Tanz, Lurie Children's Hospital.

Festival organizers said fans are not allowed to bring in alcohol and the city promises to strictly enforce laws against underage drinking.

ABC7 Eyewitness News' Jessica D'Onofrio saw many people wearing special backpacks that could be filled with water and were equipped with a straw. These proactive festivalgoers know that they'll be standing out in the sun for hours amid this weekend's extreme heat.

"Last night I drank like five or six water bottles to try to hydrate 'cause I don't wanna pass out 'cause I know I'll be raging pretty hard," said music fan Kaleb Cole.

"One of my friends almost passed out from dehydration so you just gotta stay hydrated," she said.

Concert organizers urged attendees to stay hydrated and said there would be water stations set up inside the festival grounds so that fans could fill up.