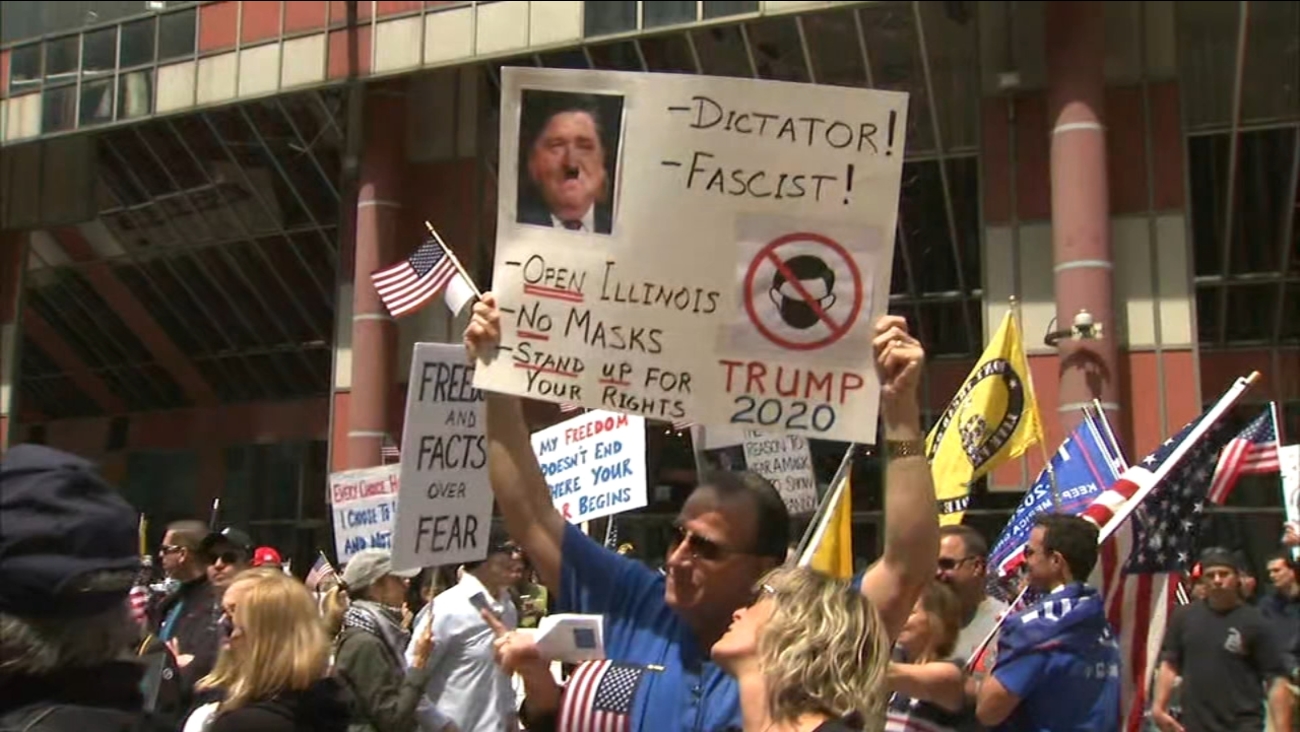 A sign at a weekend protest against Governor JB Pritzker's stay-at-home order.

Not all protesters were pushing hateful images or messages, but the message for these leaders was simple.

"Hitler, Holocaust and Nazi comparisons are anti-Semitic. Period," said David Goldenberg, head of the Midwest Chapter of the Anti-Defamation League. "Such comparisons delegitimize the deaths of the 6 million Jews and the millions of others who fought to defeat Nazism."

The activists in both Chicago and Springfield, many of whom support President Trump for reelection, denounced continued business closures in the face of the coronavirus pandemic. To a person, the justice leaders said they had no quarrel with that debate, but instead with the rhetoric and imagery deployed.

"We have no qualms about the disagreement with the stay-at-home order, and the right to express that disagreement, but we are clearly against any form of bigotry," said Karen Freeman-Wilson, Chicago Urban League.

The Anti-Defamation League said anti-Semitic incidents in Illinois have increased 340 percent since 2016, and are at an all-time high nationally.

"Invoking Hitler and drawing such outrageous parallels to Nazism for policies that are aimed at preserving human life is not only grossly inappropriate, but it is counterproductive to what our role as a community should be going forward," said Lonnie Nasseter, Jewish United Fund of Metropolitan Chicago.

"When we target or specially try to blame or use this kind of rhetoric, it is not just incredibly reckless, it is very dangerous," said Andy Kang, Asian Americans for Advancing Justice.

Politicians were implored to denounce the anti-Semitism, and two leading state Republicans did so Monday.

"There is no place for hatred in our state, and I will continue to speak out, as will members of my caucus, against hateful speech," said State Senator Bill Brady.

"I don't support hate speech, though, so this doesn't reflect the good people in the Republican party or Independents. They have nothing to do with us, and I would ask in the future that they stay home. We don't need them," said House Republican Leader Rep. Jim Durkin.
Report a correction or typo
Related topics:
politicschicagoloopspringfieldrepublicansprotestjb pritzkeranti semitismjewishstay at home order
Copyright © 2020 WLS-TV. All Rights Reserved.
STAY-AT-HOME ORDER 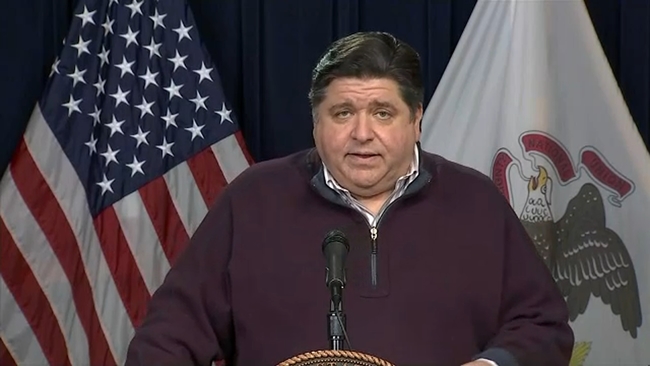