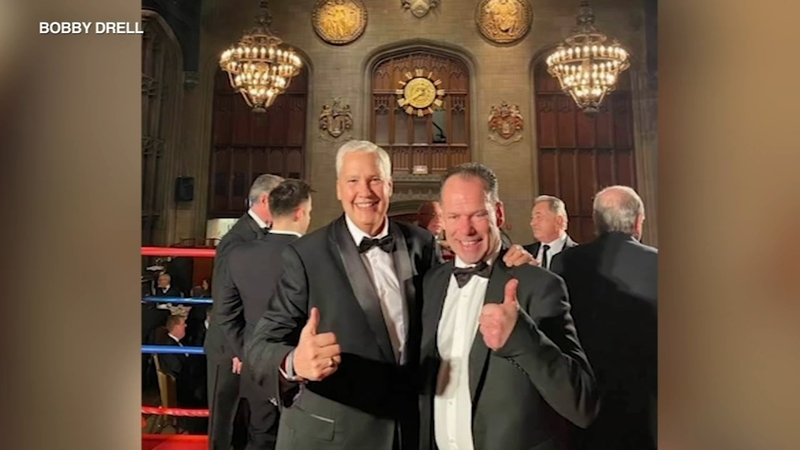 CHICAGO (WLS) -- Investigators have been searching Saturday morning for the driver who hit and killed retired Chicago Police Officer Richard Haljean in Edison Park on the Northwest Side.

Witnesses said the victim, later identified as Richard Haljean, 57, was crossing the street near the bus stop on the opposite side of the road in the 7600-block of West Touhy Avenue around 6:15 p.m. when he was struck.

Alderman Anthony Napolitano said he has petitioned the city to add speed cameras in the area or anything that can help make the area safer.

Chicago police are still trying to track down evidence and tips that could lead to an arrest.

There was no one in custody Friday.

Friends remembered Haljean Friday as someone who loved his job and his kids.

Haljean leaves behind three children. Fellow Chicago police officers set up a GoFundMe page to help pay for their education.

The Major Accidents Investigations Unit is investigating the incident and anyone with information can leave an anonymous tip at cpdtip.com.