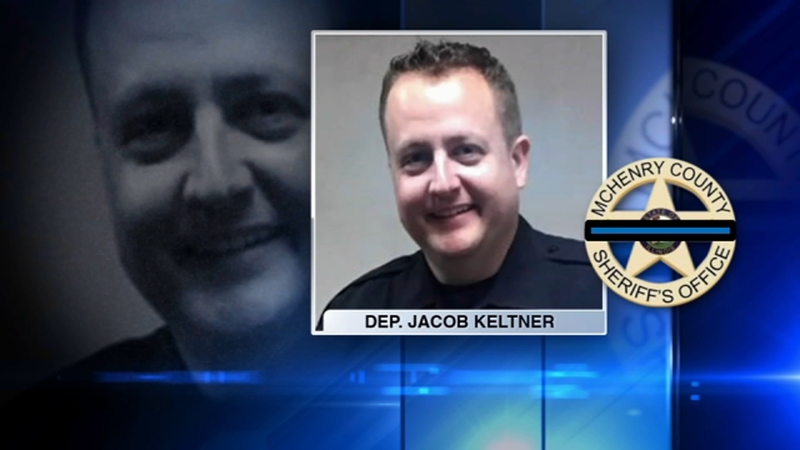 ROCKFORD, Ill. (WLS) -- A jury has found 42-year-old Floyd Brown guilty of second-degree murder in the death of a McHenry County Sheriff's deputy.

Brown was also found not guilty of voluntary manslaughter, according to prosecutors.

Prosecutors said Brown, of Springfield, fired a gun from inside a Rockford hotel room in 2019, killing 35-year-old Deputy Jacob Keltner.

Keltner was assisting the U.S. Marshals with a warrant for Brown, who was hiding at the hotel, police said.

A woman was also found shot in the hotel room after Brown fled, according to police.

Keltner had served as a deputy for almost 13 years and had served on the fugitive task force for five years.

"For nearly three years, we have patiently waited for the day that Deputy Jacob Keltner's killer would be held accountable for the crimes he committed. Today, Deputy Keltner's killer was convicted on all seven charges," McHenry County Sheriff Bill Prim said in a statement following the verdict. "We also realized that no verdict can bring Jake back, and justice doesn't always appear how we picture. But, we are hopeful that it will allow the Keltner family the chance to close a chapter in their lives and take the next steps in healing."