Boy, 5, becomes 2nd person to die in crash that injured 5 others, Round Lake Beach police say 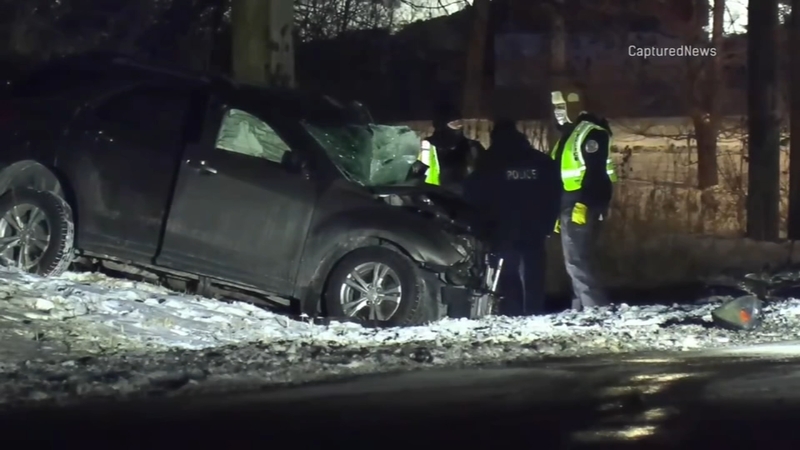 ROUND LAKE BEACH, Ill. (WLS) -- A 5-year-old boy has become the second person from one family to die in a Round Lake Beach crash that injured five others late last month, police said Wednesday.

The 41-year-old man who was driving the Equinox was pronounced dead at the scene.

The Lake County Coroner's Office identified him as Epifanio Camarena of Round Lake. Preliminary autopsy results confirmed he died as a result of multiple blunt force injuries from the crash

Six people were transported to Advocate Condell Medical Center in critical condition after being cut from the wreckage, according to a battalion chief with the Greater Round Lake Fire Protection District.

Four children, ranging in age from 4 to 15, and a 44-year-old woman were riding together in the Equinox, police said.

Police said the woman and 5-year-old were seriously hurt.

Round Lake Beach police said Wednesday the woman and other children have since been released from hospitals around the Chicago area.

Police said the 40-year-old pick-up truck driver was also injured in the crash, and has since been released from Advocate Condell in Libertyville.

As police continue to investigate the cause, they said the pick-up driver has submitted to drug and alcohol testing.

No charges have been filed at this time.