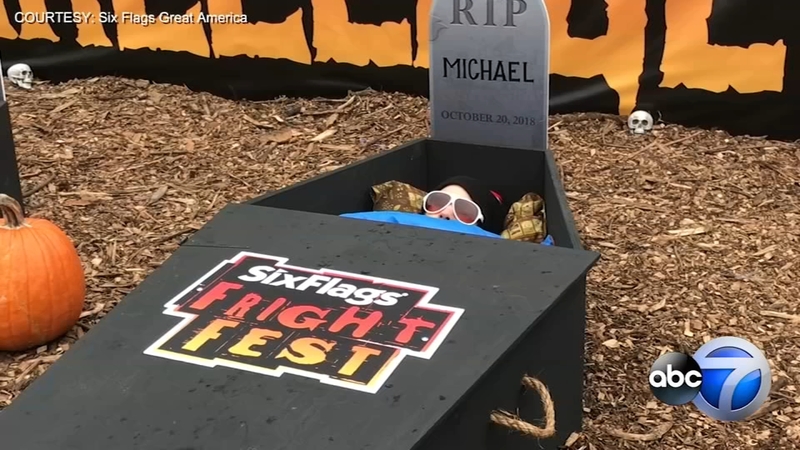 The challenge -- which dared participants to lay in a coffin for 30 hours -- ended at 7 p.m. Sunday. Those who dared to leave their coffin outside of designated breaks would have been eliminated.

Participants got one bathroom break per hour, 13 minutes with their phone each hour, and six 15-minute meal breaks.

The prizes included $300, two 2019 Gold season passes, two express haunted house wristbands, a chance to be in the Uprising Parade and their coffin.