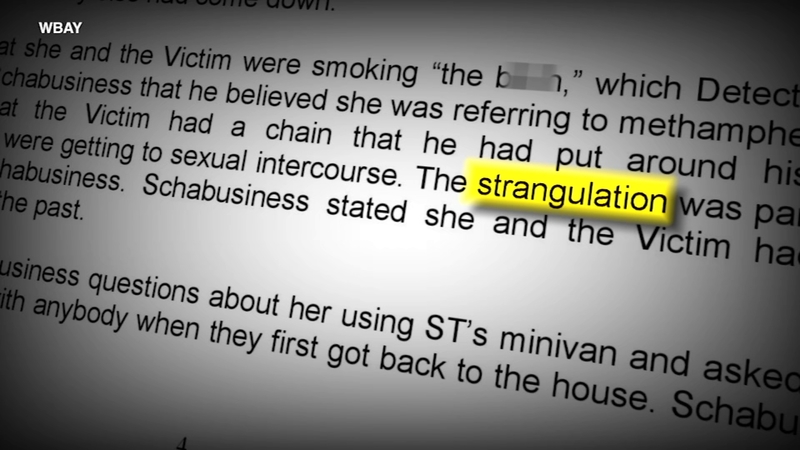 She looked calm Wednesday, just as investigators said she was as they interviewed her last week, mere hours after the victim's mother called police in the middle of the night.

That's is where details become graphic.

The woman told police she had discovered her son's head in a bucket in the basement of her Stony Brook Lane home. The first officers on scene reported finding a lot of blood in the basement.

Prosecutors said Cchabusiness told them she dismembered the victim's body.

Once detectives searched the home, they said they found body parts in other bags, boxes or storage containers in the basement. They also found multiple kitchen knives.

The medical examiner said the victim died of strangulation during what Schabusiness told them was a sexual encounter.

When investigators asked her what happened, she replied, "That is a good question," and said she blacked out during part of it, but said, she "just went crazy."

She also told investigators she and the victim were together all day Tuesday and had been smoking meth before the murder.

Police said Schabusiness was the last person seen with the victim last Tuesday and quickly became the first person for police to search for.

Court records said when police found her on the other side of the city that morning, she had blood on her clothing and hands and stopped as soon as she saw police.

In court, prosecutors called this a case unlike anything they've seen.