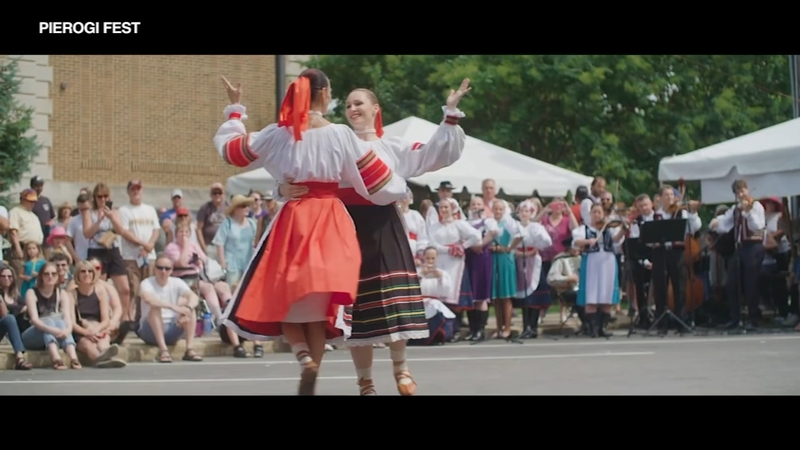 CHICAGO (WLS) -- ,Pierogi Fest has been dubbed one of the wackiest festivals on the planet.

Named one of the wackiest festivals on the planet, the 27th annual Pierogi Fest is back, celebrating Polish heritage with lots of music, food, and fun, and or course pierogis! The fest is along 119th St. in downtown Whiting through Sunday.

Wicker Park Fest is back, and gets underway at 5:00 pm today along Milwaukee Avenue between North and Ashland. Cutting edge music, fare from local restaurants and cultural performances, including Ballet Folklorico de Chicago. It runs through Sunday.

Taste of Lincoln Avenue is back, Saturday and Sunday at Lincoln and Fullerton. Celebrating its 38th year, one of the city's oldest summer happenings features a full line up of live music both days between 1 and 10 pm. More than one-hundred local restaurants and businesses will line the streets - there will be a kids activity area as well.

Sundays on State- State Street from Lake to Madison streets

Speaking of street fairs, there's a full line up for this weekend's Sunday on State Street starting at 11:00 am- including pop-up karaoke, a fashion show in Macy's State Street windows and plenty of food trucks and drinks! Hours are 11 am to 8:00 pm on State St. from Lake to Madison.

Cirque Italia Water Circus is making a splash under the big tent in the parking lot at Orland Square in Orland Park! This unique show has a stage that holds 35-thousand gallons of water, that performers dazzle over and thrill audiences. Cirque Italia Water Circus runs through Sunday in Orland Park, and then it moves to Aurora at the Premium Outlets parking lot July 29 to August 8.

And this is a good time to visit Brookfield Zoo, as you no longer have to make reservations in advance, plus, the Dolphins in Action presentations have resumed - you will need a face covering, and many other animal building are now open. All guests, except kids 2 and under, will need to wear a face covering when inside all buildings.

On the film beat the Blue Whiskey Independent Film Festival gets underway today at Chicago Filmakers. At 7:00 p.m, the film Landlocked will make its Chicago premiere. It's the story of a man who reunites with his estranged transgender parent as they journey to scatter his late mother's ashes off the Georgia coast - and it features local trans actress Delia Kropp in her first feature length role. The film fest runs through July 30.