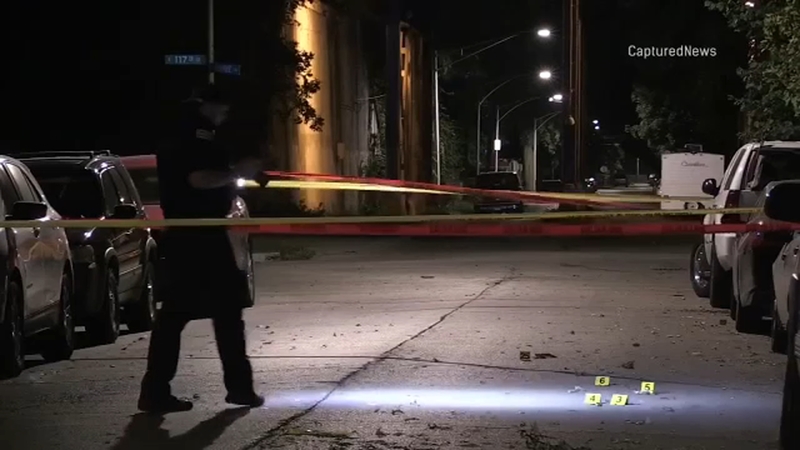 CHICAGO (WLS) -- A 15-year-old boy is dead after he was shot in the city's West Pullman neighborhood Saturday night.

The shooting occurred about 9:20 p.m. in the 11600-block of South Prairie Avenue. The boy was transported to Christ Hospital in critical condition, but later died.

Police are still investigating what happened.

A 17-year-old boy was also fatally shot Saturday in Austin on the West Side.

A 5-year-old girl died after being stabbed Saturday morning in Garfield Park, Chicago police said. No charges have been filed in the case.

The victim was in the alley in the 200-block of North Leamington Avenue around 11:10 a.m. when he was approached by two unknown suspects who proceeded to fire shots at him, Chicago police said.

After the victim was struck in the upper torso, the two gunmen got into a light-colored vehicle and fled southbound on Leamington Avenue, police said.

The 17-year-old was pronounced dead on the scene.

A 5-year-old girl was stabbed to death Saturday morning in East Garfield Park. Her mother is a suspect in the case, according to a relative.

Twenty four people had been shot and seven killed as of early Sunday morning in Chicago weekend violence.