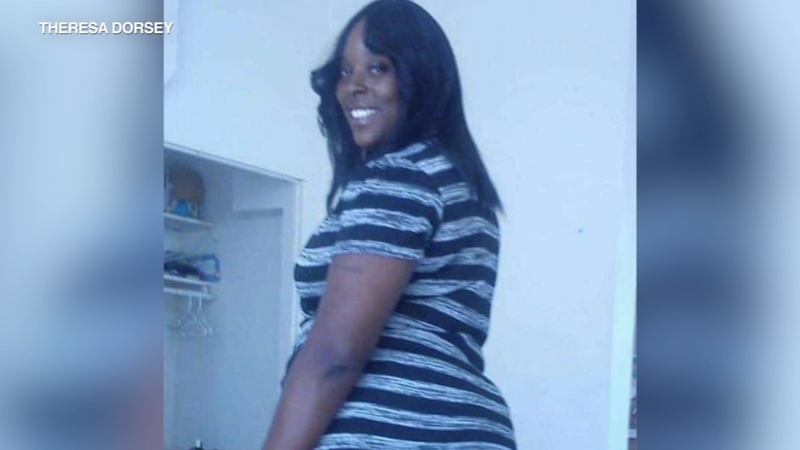 CHICAGO (WLS) -- Police are searching for the driver who struck and killed a mother in West Garfield Park as she was leaving her home.

Angel Thomas, 37, was struck in the 4300-block of West Jackson Boulevard as she crossed the street to get to her car. She was pronounced dead at Mount Sinai Hospital.

Home surveillance footage shows debris scattered across the road in the seconds after she was killed.

"She was leaving her house, and she was on her way to a family friend's house, which was not too far from her house," Dorsey said.

Dorsey said her brother was right behind her as she crossed the street.

"He just said all he could see was her. Like, he just rushed to her, Her body went from one end of the street all the way to the next," her sister said.

"And she was planning a nice surprise party for her, and unfortunately she didn't make it," said Robert Stewart, downstairs neighbor.

Family and loved ones are pleading with the driver to come forward.