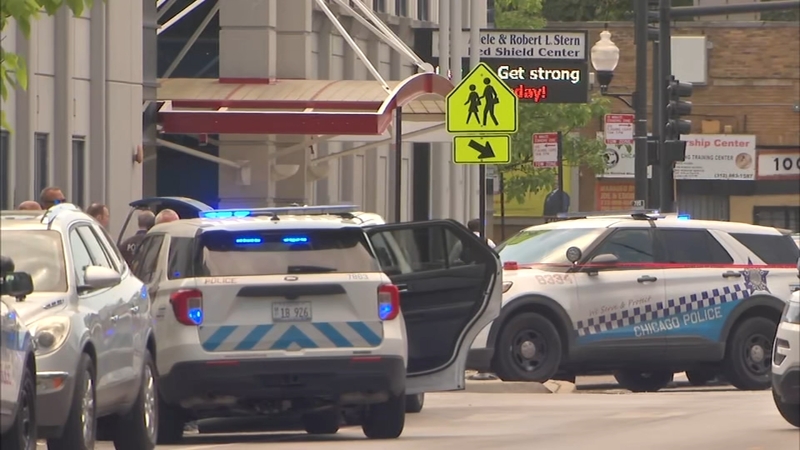 Cop injured in Chicago police shooting to be released from hospital

CHICAGO (WLS) -- A Chicago police officer shot in Englewood over the weekend was expected to leave the hospital Wednesday, but now must stay longer.

More than 100 CPD officers huddled, then suddenly dispersed with word that their most recently injured colleague wasn't ready to be released on Tuesday, as well.

Fraternal Order of Police President John Catanzara said Moreno "was really hoping to go home" but "got light-headed" and was "going to have to stay for some more tests."

Police said Jerome Halsey, 27, of Chicago fired shots at officers during a traffic stop in the 6900-block of South Sangamon Street at about 2:03 p.m. Sunday.
Officers returned fire and both Moreno and Halsey were wounded, police said.

The officer was transported to a hospital in serious condition but remained stable.

The Civilian Office of Police Accountability said it obtained body camera footage of involved officers, as well as additional third-party video that captured the traffic stop and the subsequent shooting. COPA said materials will be posted to its website within 60 days unless prohibited by court order.

It was not immediately clear how much longer the officer would need to be hospitalized.