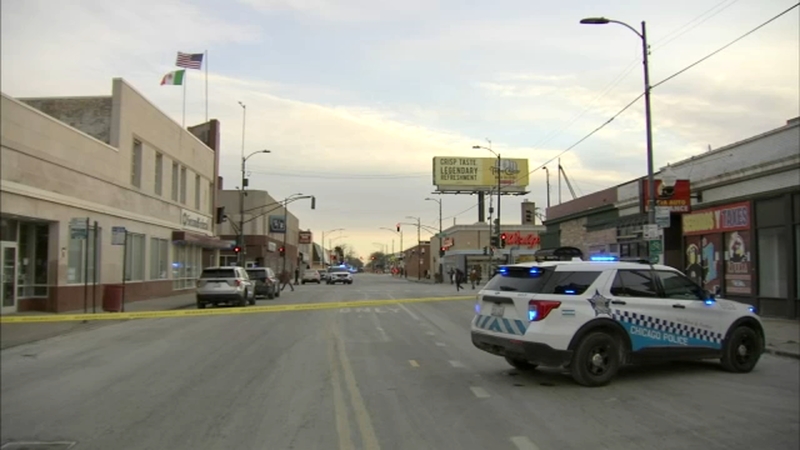 CHICAGO (WLS) -- An 8-year-old girl was shot and killed by a stray bullet in the city's Little Village neighborhood on the Southwest Side Saturday.

The girl was walking with her mother when the alleged shooter was dropped off in a vehicle, got out of the car and began firing, Chicago police said.

Investigators said her mother heard the shots and found the girl had been struck by the gunfire. She later died at Stroger Hospital, police said.

SEE ALSO: I Am A Gentleman hosts meeting in Oak Lawn to address gun violence against children

"I'm asking that area over there and any individual that knows anything about this shooting, stand up for this baby! Let's give this individual up. The baby is coming out of this hospital riding to the medical examiner's office," said community activists Andrew Holmes. "This should've never happened!"

Neither the girl nor her mother were the intended target, police said.

A 26-year-old man, who police believe was the intended target, was also shot in the back and transported to Mount Sinai Hospital in critical condition.

Authorities have not said if the victims knew each other.

Another 8-year-old-girl was sitting in the backseat of a car when the window was shot out during the shooting, police said. She was not struck.

Now, detectives are left to solve yet another crime in the city that claimed another life far too soon.

Ocampo said, ironically, he was a nearby funeral home when he heard the shots.

"I just froze and just sat down. I didn't know what happened. I just sat there," Ocampo said. "It really isn't safe. There's a lot of crime here supposedly and there's a lot of shootings. This is like gang territory."

This shooting happened as many businesses were open in the area.

Police are looking through surveillance video, but have yet to give a description of the shooter.

The shooting follows a violent week in the city that saw at least five children shot on Tuesday alone.