CHICAGO (WLS) -- A Chicago police sergeant was honored Tuesday for stopping a man he saw punch a 91-year-old man in the face in Chinatown.

The Chicago Police Department Memorial Foundation honored Sgt. Michael Bazarek as officer of the month for what he did on Sept. 18.

He was off duty in Chinatown when he said he happened to see 45-year-old Alexander Taylor strike 91-year-old Yen Jit Wong as he walked down Wentworth Avenue near 24th Street. 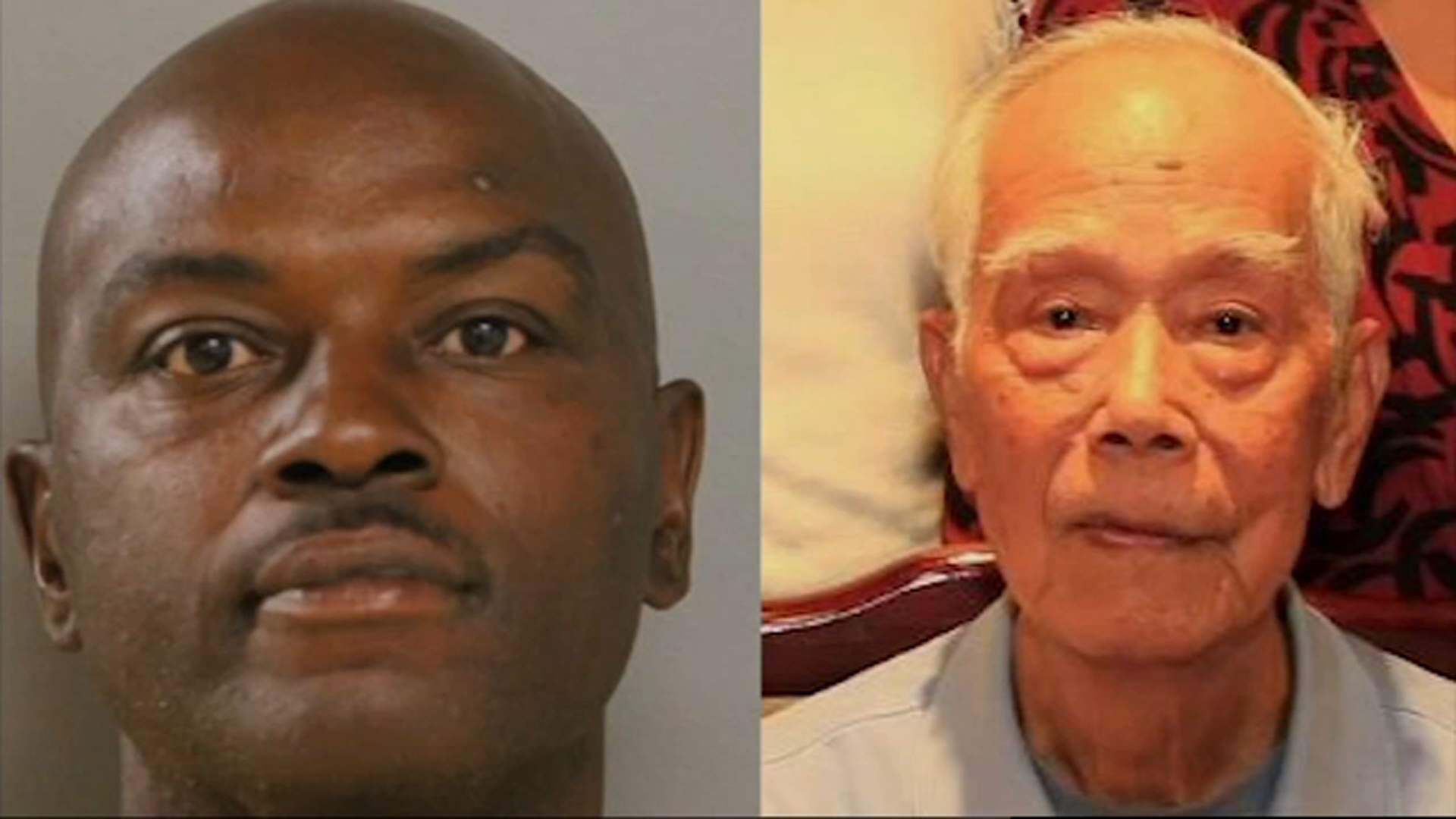 Bazarek was taking a break from a retirement seminar at police headquarters nearby. Driving for a cup of coffee he spotted a disturbed man on the sidewalk.

"He was ranting, wild violent hand gestures, screaming at the sky, the sidewalk," Bazarek recalled. "As I thought that to myself I saw this guy strike out at the elderly Asian male, knocking him right to the pavement."

Stuck in traffic, Bazarek, who has 125 years of police service in his family, kept his eyes on 45-year-old suspect Alexander Taylor and called for backup on his cellphone. Civilians on the street rushed to to help Wong.

"When I saw that I had help coming to back me, I cut him off, told him he was under arrest, get his hands in the air, he complied, still ranting," he recalled.

Bazarek quickly arrested Taylor after witnessing the attack. Wong's family said Tuesday they are grateful for what the sergeant did.

"He was off-duty and he was passing by. A lot of people just, you know, didn't care," said Eddie Lau, Wong's son-in-law.

"They were just surprised that after all these years this could happen on the streets of Chicago to a 91-year-old man, but it does happen. You see it every day," Bazarek said.

Wong's relatives said he hit his head on the ground and has bleeding around his brain as well as a broken collarbone. They said at the time of the attack, Wong was on his way home after having lunch with his son.

Wong was treated in intensive care at Northwestern Memorial Hospital. He was eventually moved out of the ICU, but he is still undergoing physical therapy and remains on a feeding tube.

Bazarek said Taylor had been acting strangely leading up to the sucker punch.