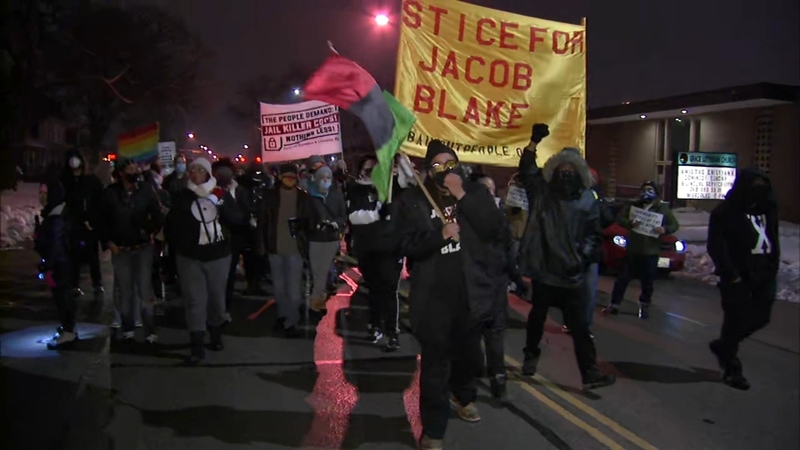 KENOSHA, Wis. (WLS) -- Kenosha is bracing for another round of protests as prosecutors prepare to announce whether they'll charge a white police officer who shot a Black man and left him paralyzed.

Prosecutors are expected to announce if Shaskey will face any changes in the first two weeks of January.

Sheskey and the other officers who were at the scene have been placed on administrative leave.

The shooting triggered several nights of protests and reignited frustration and anger across the country during a summer marked by protests.

Some of the demonstrations turned violent, with an Illinois teen, Kyle Rittenhouse, opening fire on three people, killing two of them.

Jacob Blake's family said they're preparing for an announcement they've waited months to hear, but are also bracing for disappointment. Whatever the decision is, the Blake family and other activists they work with are begging anyone who joins demonstrations to keep them peaceful.

Organizers say the purpose of this rally is as much about justice for Jacob Blake, as it is healing for the city of Kenosha.

Jacob Blake's father told the crowd in Kenosha that it's his job to stand up for his son.

Police shoot Black man from behind; protests erupt for 2nd night with truck set on fire

Fires, destruction, and clashes between protesters and police on a second night of chaos in Kenosha.

Black man shot in front of 3 sons after he broke up fight, family says