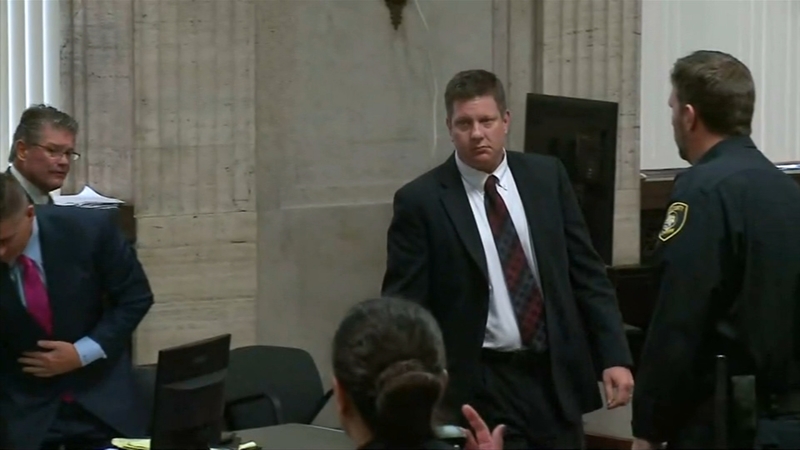 A total of 12 jurors plus alternates are needed for the trial. Voir dire, the process of questioning prospective jurors to determine if they can be fair, was still ongoing Monday afternoon.

"This is going to be a slow jury selection process. A number of potential jurors were struck for cause and they listed biases, family or professional reasons. Nothing surprises me," said Bob Milan, ABC7 Legal Analyst.

Last week, prospective jurors were given questionnaires to fill out. Due to the high profile of the case, potential jurors were asked over 100 questions. About 200 Cook County residents are in the pool of possible jurors.

"Questionnaires are rare in Cook County, used once every 10 years," Milan said. "They are used in high profile, hot cases, with media attention. They are being as careful as they can so they used questionnaire process which is a wise move."

Three seats are reserved during voir dire, and Larry Redmond of Chicago Alliance Against Racist and Political Repression was among the observers.

"I thought the people who said they could be fair could indeed be fair," Redmond said.

Monday's voir dire was expected to wrap up in the early evening. The jury selection process will resume Wednesday.

The defense made an addition to their motion for a change of venue in which they said protesters outside the courthouse impact the entering jurors' ability to be fair. The judge has reserved ruling on the motion until he sees if they can find a full jury and alternates in Cook County.

Van Dyke was released on bond for the second time last week after doing interviews with several media outlets before the start of his trial. The judge increased his bond by $2,000 after ruling that the interviews violated his bail conditions.

The CPD officer is charged in the 2014 murder of Laquan McDonald. Dashcam video of the incident shows Van Dyke shot the black teen 16 times.