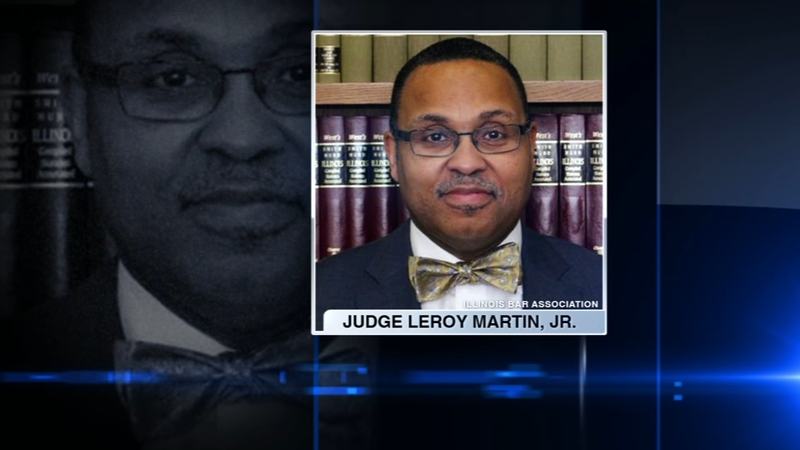 Jussie Smollett update: Judge asked to recuse himself will not; other judge will rule on special prosecutor

CHICAGO (WLS) -- The judge overseeing the investigation of Cook County State's Attorney Kim Foxx's handling of the Jussie Smollett case ruled Friday that another judge will decide whether a special prosecutor is needed in the case.

The decision from Judge LeRoy Martin, Jr., comes one week after a hearing in which retired Illinois Appellate Court Justice Sheila O'Brien, who filed a petition to appoint a special prosecutor in the case, asked Martin to recuse himself.

O'Brien argued Judge LeRoy Martin Jr. should recuse himself in the case because Kim Foxx can hire and fire his son, who works for the state's attorney's office. She asked for a judge from outside the county to ensure this process is fair.
WATCH: Timeline of key moments in Jussie Smollett case
EMBED More News Videos

Judge Martin previously called it troubling that his family is being brought into the matter, and got into heated exchanges with O'Brien at times during the hearing.

The State argued that there's no evidence that Martin would be biased if Foxx had to take the stand.

Martin said Friday he's not recusing himself from the case, but he will allow another judge to make the ruling on whether a special prosecutor is necessary.