Person of interest in custody in deadly Loop stabbing, 2 other attacks on women, Chicago police say 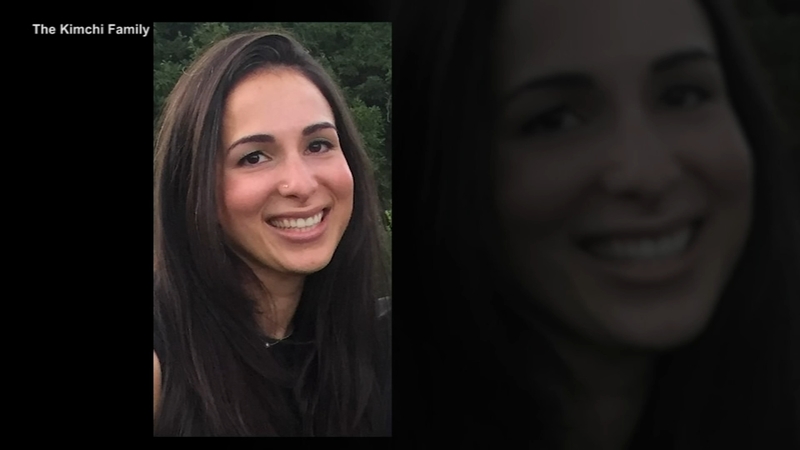 Person in custody in fatal Loop stabbing, 2 other attacks: CPD

CHICAGO (WLS) -- Chicago police said they have a person of interest in custody who is being questioned in connection with a fatal Loop stabbing last weekend and two other downtown attacks.

Police said Thursday that one man, who may be homeless, is responsible for three separate attacks on women in the Loop. In all three incidents, police said the suspect grabbed the victims from behind.

Maryland graduate student Anat Kimchi had nearly achieved a doctoral degree in criminology when she was attacked and fatally stabbed in the shadow of Chicago's iconic Willis Tower last weekend.

"Who really thinks that anyone they know would be struck down in the middle of the afternoon just taking a walk and minding their own business," said Maria Olsen, Kimchi's friend. "It's horrible and tragic. Just a mind-blowing event."

Her friends and family in Maryland are still trying to make sense of it. Friends said they believe Kimchi was just visiting Chicago when police say a man they believe to be homeless stabbed her in the back Saturday afternoon, then took off running near Wacker and Van Buren.

"She beautifully lived her life with purpose, was about to get a PhD and turned her life around," Olsen said. "She was just blossoming."

Police used city pod cameras to help track down the offender. Investigators now believe Kimchi's attacker struck two other women in the days before her death.

"When I talked to her father, he said there are too many woman being attacked in the city of Chicago," Holmes said.

The other two women who were attacked, a 25-year-old and a 50-year-old, both survived. The woman who was attacked on Ida B. Wells sought help in a nearby hotel.
The attacks have sparked community meetings, including three in the 25th Ward. Alderman Byron Sigcho-Lopez said residents are worried.

"Of course the concern was these incidents have been happening more frequently and the community wants to have a response and a result on the investigation," he said.

"For me, it's going to be about my safety and how I protect myself," resident Vanessa Koonce said. Within a block of her building, one woman was attacked on Franklin Street, and another was killed on Wacker Drive.
"It definitely makes me feel like I need to find some level of protection when I'm walking on my own every night," Koonce said.