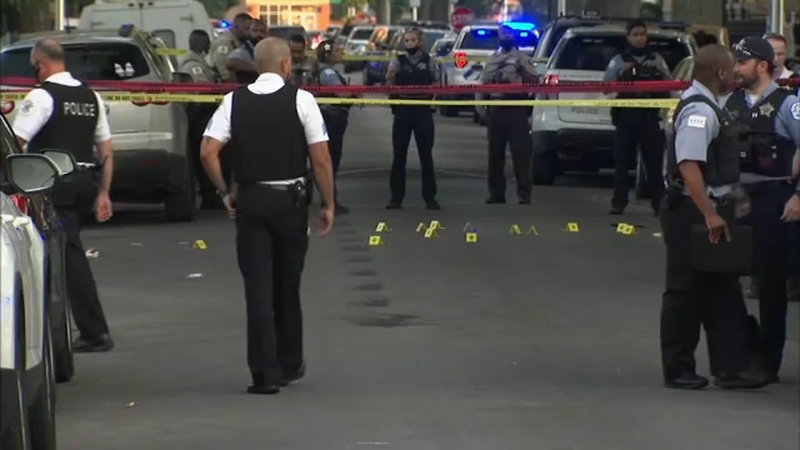 CHICAGO (WLS) -- Some leading Republican lawmakers are calling for the repeal of a sweeping criminal justice bill passed by Democrats last year.

It's setting the stage for a lot of campaign rhetoric in races up and down the ballot.

Now, democrats, including the governor, are swinging back.

With Chicago topping 800 murders for the first time in 25 years and carjackings on the rise, along with a seemingly never-ending string of smash and grab robberies, Republicans are seizing the moment as the election season ramps up.

They are calling for the repeal of the SAFE-T Act, which ushered in reforms to improve police accountability while addressing calls for more equity in the justice system to address mass incarcerations.

Republicans complain it was passed in the middle of the night with virtually no debate, and say it's dangerous to public safety.

"They called the bill the SAFE-T Act but in reality, it was hasty and it was in poor judgment. We warned you that this would make crime even worse. Welcome to reality," said State Rep. Deanne Mazzochi, (R) Westmont.

The Legislative Black Caucus accused Republicans of using racial scare tactics. The chairman of an anti-crime task force said Republicans offered no input on the bill.

"And so they want to use this as a political football," said State Rep. La Shawn Ford (D) Chicago.

Democrats said they are working on changes to the SAFE-T Act, and encourage Republicans to join the discussions.

"Because of this quick move to make our criminal justice system part of this progressive movement, which has backfired to epic proportions, so this is about them saving their seats," said House Republican Leader Jim Durkin.

Governor J.B. Pritzker is also defending the bill and firing back at republicans.

"These are the same people that voted against budgets that provide funding for violence interruption programs, those are the people that held that press conference. They don't really mean what they said. They're just trying to bring up some sort of campaign issue and frankly, it's all pretty false," Pritzker said.