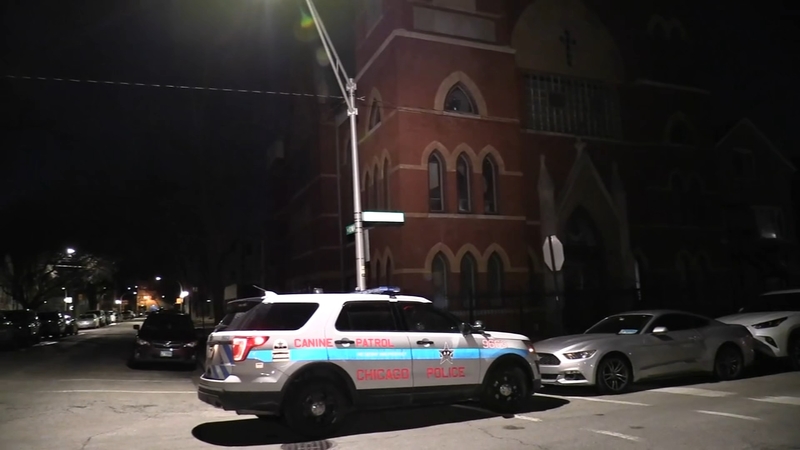 CHICAGO (WLS) -- A man was charged Sunday morning after a Ukrainian church in the city's Humboldt Park neighborhood was broken into early Saturday morning, according to Chicago police.

At about 1:08 a.m. Saturday, police said they were called to the Holy Protection Parish of the Orthodox Church of Ukraine in the 2700-block of North Washtenaw.

Officers met with a custodial worker who told them the church had been burglarized, police said.

Police said thieves broke a window on the side of the church to get inside. At least one more window appeared to be broken as investigators cleaned up the glass and collected evidence Saturday morning.

Video surveillance shows a man taking several items from the church, according to police.

A man was taken into custody and an arrest was made later in the morning, police said. A man has been charged with burglary and trespassing.