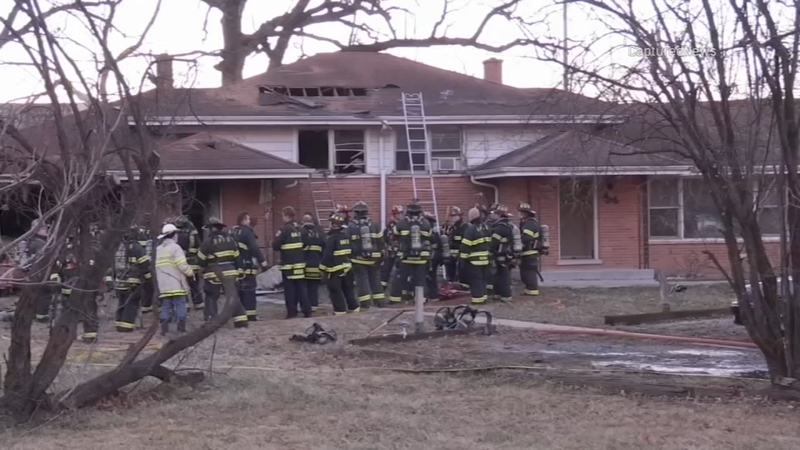 An ambulance was first sent to 51 N. East River Road at around 6:36 a.m. for a report of a woman having difficulty breathing, a city of Des Plaines spokesperson said in a release.

A Des Plaines firefighter and paramedic used a ladder to climb through the second-floor window. They were able to locate the woman under heavy smoke conditions and carried her out the window and down the ladder, the spokesperson said.

The woman was transported to Lutheran General Hospital where she is being treated for smoke inhalation.

Firefighters were able to extinguish the fire in less than 20 minutes, officials said.

No one else was injured in the fire but the Des Plaines Fire Department reports numerous cats were found inside and some did not survive.

"We don't have the number yet but we were able to identify at least four or five, some that did not make it," said Chief Daniel Anderson, Des Plaines Fire Department.

Animal Control has taken in all of the surviving cats.