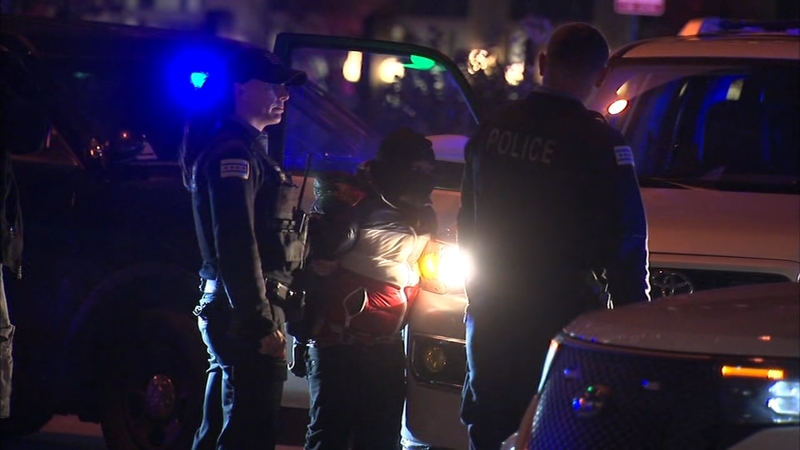 CHICAGO (WLS) -- Chicago police announced they are expanding their carjacking taskforce as the very real fear of having one's car taken at gunpoint has become increasingly crippling for Chicago and Cook County drivers.

"Worrying about somebody coming up to you at a stoplight, at a gas station, at a grocery store, and sticking a gun in your face to take a car, that has got to be one of the most unnerving and scary things that anyone can experience," said Chicago Mayor Lori Lightfoot Monday.

That's why a coalition of area police officers, 911 dispatchers and prosecutors have been working in tandem for more than a year now to chase down stolen cars in real time.

The taskforce uses technology at the 911 call center, including a growing network of POD cameras and license plate readers, to identify and track vehicles taken and used in carjackings. Then police arrest people they say are executing the often violent crimes.

"Half of these arrests are juveniles, including children as young as 11 years old, and many are repeat offenders," said CPD Supt. David Brown.

Home surveillance video captured the 11-year-old, who is charged as a juvenile, skipping across a Southwest Side driveway before police say he helped rob a woman and her daughter of their car and belongings at gunpoint.

Police said that, like so many, this child had a lengthy criminal record of stealing cars.

"I'm not one who believes that you arrest them and lock them up and throw away the key," Lightfoot said. "That's can't be the answer, there has to be something more. But it cannot be arrest and release, arrest and release."

Prosecutors are working with police and said they're carrying out the criminal charges efficiently.

"We were able, in the city of Chicago, to approve charges on 91% of those individuals," said Assistant State's Attorney Kim Ward.