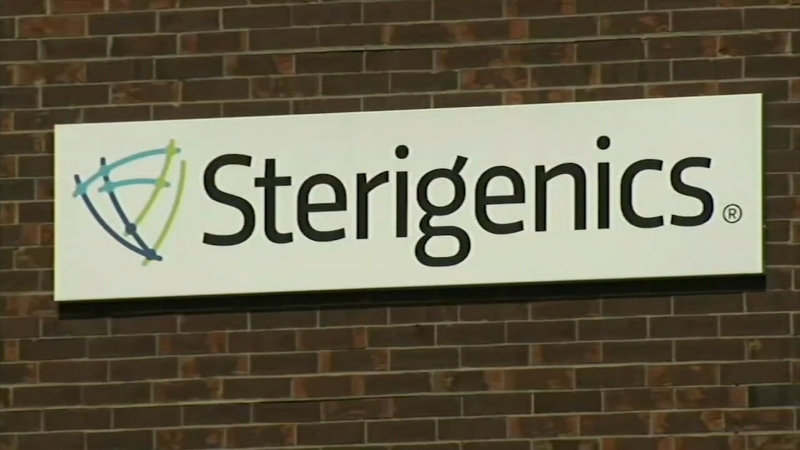 WHEATON, Ill. (WLS) -- Sterigenics remains closed, but the controversial Willowbrook plant could soon be back in business following a judge's ruling Friday.

A DuPage County judge issued an order Friday, allowing the plant to start the process of resuming operations.

The Willowbrook facility closed in February due to concerns about high levels of ethylene oxide released into the air. Some people living nearby said those emissions have caused cancers.

"We are angry. We are upset. We are disheartened," said Lauren Kaeseberg, of the group STOP Sterigenics, about the judge's decision this week.

Friday's hearing came nearly two months after Sterigenics reached an agreement with state officials that could allow the Willowbrook facility to reopen, following the installation of new emissions control equipment.

Sterigenics officials said the company has made improvements to reduce emissions by over 90%.

Sterigenics said in court that the company was entitled to reopen as soon as possible after closing for nearly seven months. They said if the judge didn't approve the consent order, they were going to take legal action to make an emergency order so that they can resume operations.

The process was stalled after the company was hit with dozens of lawsuits, with residents claiming that the ethylene oxide emissions from Sterigenics caused their cancer or that of their loved ones.

Illinois Attorney General Kwame Raoul and the DuPage County State's Attorney's Office released a joint statement on Friday, saying they thought it best to approve the consent order because it'll help ensure that Sterigenics is held accountable for any future violations.

But some lawmakers and concerned residents disagreed, vowing to fight Sterigenics getting permits from the Illinois Environmental Protection Agency.

Illinois House Republican Leader Jim Durkin said he "will do everything to keep the doors of Sterigenics closed."

"I will ask the Legislature to move on this as quickly as we can," Durkin said.

"We should protect medical patients who need sterilized devices, but not at the expense of the health and safety of our communities," Lipinski said.

"Absolute terror," Conev said. "They are terrorists. That's what they are."

Conev is a cancer surivivor and one of more than 30 plaintiffs suing Sterigenics over its emissions.

She wants to keep the plant shut down.

"Have them move somewhere they won't harm anybody," Conev said. "I would suggest Pluto."

While Sterigenics may resume the process to start operations, the medical equipment sterilization company still has to make several changes and apply for permits to abide by new strict emissions standards.