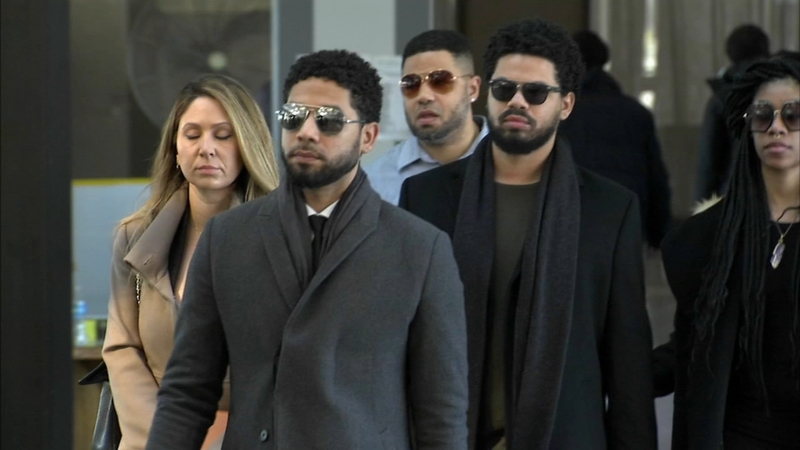 CHICAGO -- Jussie Smollett wants the lawsuit that the city of Chicago filed against him moved from state court to federal court.

His lawyers argue that would be the proper venue since the actor is a California resident.

Chicago police said that Smollett staged an attack on himself last January in Chicago's Streeterville neighborhood. The city is suing to recover the cost of the investigation.

Police and prosecutors said Smollett orchestrated the attack with the help of two brothers. One brother was an extra on "Empire" and the other was Smollett's personal trainer.

A Cook County judge ruled last month to appoint a special prosecutor in the case. The judge questioned Cook County State's Attorney Kim Foxx's decision to appoint a deputy to oversee the Smollett case, with the judge saying she did not have the authority to do so.