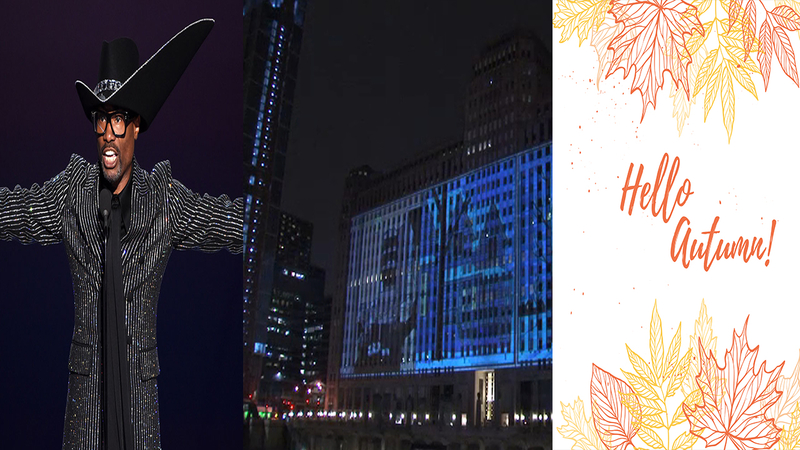 TV's biggest night included some big moments including actor Billy Porter making history as the first openly gay man to win the Emmy for best actor in a drama.

Porter won the award for his role in the FX series "Pose".

HBO'S "Game of Thrones" slated its spot in T.V. history taking home over a dozen trophies for their final season.

"Game of Thrones" is now tied with "Hill Street Blues," "L.A. Law," "The West Wing," and "Mad Men" for most wins in the best drama category.

The exhibit is on display now through November 22. Projections run Monday-Sunday and begin about 30 minutes after sunset. After Sept. 30, the display will move to five days a week and run Wednesday-Sunday.

Art on theMART is the largest and longest-running digital art projection in the world.

Scarves, boots, and pumpkin patches are all staples of the fall season but what does "Autumn" really mean?

It's the mid-point between the longest and shortest days of the year where the sun is directly over the equator and the earth gets nearly the same amount of daylight and darkness.