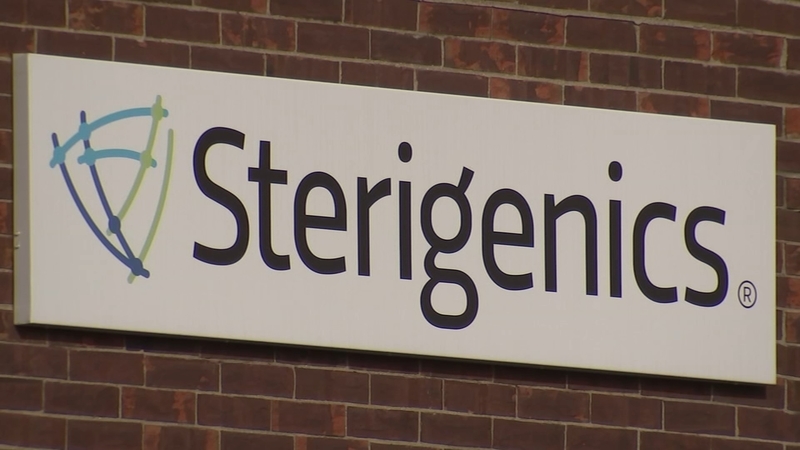 CHICAGO (WLS) -- Last year, Sterigenics permanently close its facility in southwest suburban Willowbrook after months of controversy after testing found it emitted a cancer-causing chemical into the air around the plant.

Now, several of the families who claim they were affected by those chemicals say the company is making it more difficult for them to get the financial assistance they feel owed.

Nearly a year ago, Colleen Hallen lost her husband Matt to stomach cancer, which she firmly believes was caused by the ethylene oxide emitted by the Sterigenics facility in Willowbrook.

"I lost the person I was supposed to grow old with, and my son lost his father," Hallen said.

Hallen is just one of about 80 plaintiffs who have filed a lawsuit against the company. Jeanne Hochhalter is another.

"Not only are our families left with cancer, but also the financial burdens of cancer," Hochhalter said.

The plaintiffs and their attorneys said Sterigenics is trying to escape having to pay those alleged financial burdens.

They claim the company has funneled $1.3 billion to investors over the last three years. They say they then borrowed cash from banks using the company as collateral, which means if the plaintiffs win in court they would have to get in line behind the banks to get paid.

"While Sterigenics was going to the bank to pull out hundreds of millions of dollars, our clients were going to the hospital to treat cancer caused by Sterigenics," said attorney Steven Hart.

"They're taking assets out of reach of the people who they damaged their health," said another attorney representing alleged victims.

Nevertheless, all the alleged victims say they plan to keep fighting regardless.

Lisa Flanagan was diagnosed with cancer more than a decade ago and says, "We're gonna make them pay because they did this to our community."

A spokesperson for the company responded Monday afternoon with a statement, denying the company is responsible for causing cancer. They also deny any financial misdeeds.

"Sterigenics and its parent Sotera Health are vibrant and growing companies and the recent claims to the contrary are inaccurate and misleading. The companies regularly take actions to maintain and enhance their financial strength for the benefit of all stakeholders as they invest for the future and continue to deliver vital services and products to customers. Assertions that the companies took actions with respect to capital structure in response to ongoing litigation are false."

"While we empathize with anyone dealing with cancer, we are confident that operations at our Willowbrook facility are not responsible for causing the illnesses alleged in any lawsuit. We look forward to continuing to present our case in court to defend against the plaintiffs' baseless charges."