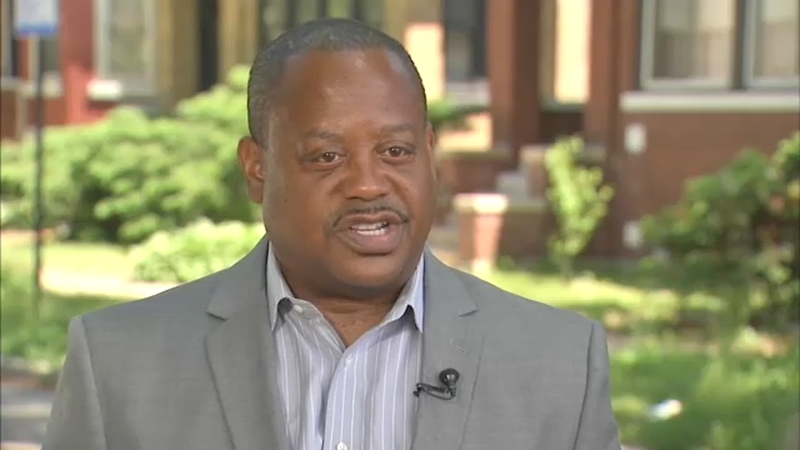 CHICAGO (WLS) -- A future mayoral run was not in the cards for Roderick Sawyer when Lori Lightfoot first took office but the 6th Ward alderman's frustration with the mayor's management style is why he said it's time to jump in the race.

Sawyer announced Thursday that he will join the race in the 2023 Chicago mayoral election.

"I think I can offer an option and a way where's its more collaborative, more engaging dealing with my colleagues in council [and] dealing with citizens," Sawyer said.

Sawyer, who was first elected in 2011, said Lightfoot uses a top-down management style. He said she holds grudges against aldermen who supported her opponent in the last election, including himself.

"I was never called in for advice or suggestions," Sawyer said.

The 59-year-old, who represents parts of Chatham and Englewood on the South Side, has many suggestions on how the mayor should deal with the number one issue of crime.

"I would let the superintendent do their job," he said.

If elected, Sawyer said he plans to fire Chicago Police Supt. David Brown and replace him with someone within the department similar to former superintendents Eddie Johnson or Phil Cline.

"Those are the type of police officers that earn the respect of rank and file officers throughout the city," Sawyer said.

Against the mayor's recent curfew for teens, Sawyer said violence can be curbed if cops go back to being cops.

"We've become overly reliant on police for too many things as opposed to what they are really supposed to be focused on, which is catching bad guys - criminals," Sawyer said.

Sawyer is joining an already crowded field of male candidates.

"You another day, another man who thinks he can do his job better than me, I'm going to keep doing my work. I'm not going to worry about the folks jumping in," Mayor Lori Lightfoot said in reaction to Sawyer's decision.

If Sawyer is elected, he follows in his late father's footsteps. Eugene Sawyer served as mayor for a short time from 1987-89 after the sudden death of Mayor Harold Washington.

Sawyer said he will officially kick off his campaign for mayor at the end of June and early July.