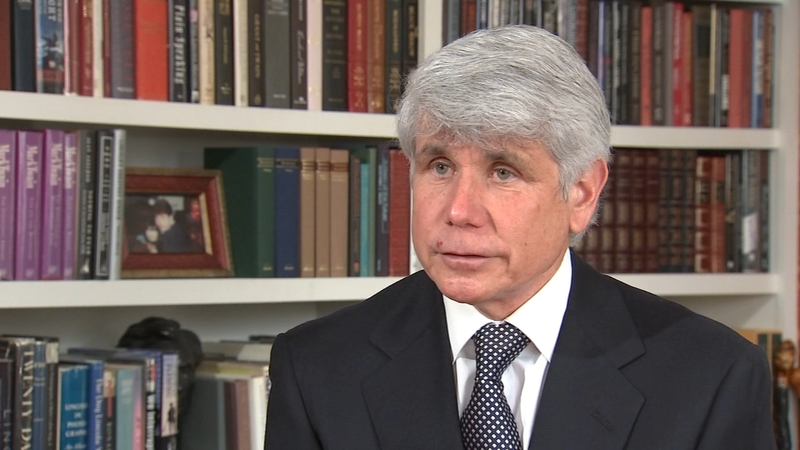 The Illinois Attorney Registration and Disciplinary Commission determined in a hearing last week that Blagojevich should no longer be able to practice law. His team has three weeks to file an appeal.

One week after Blagojevich won his fight for freedom, he was a no-show in the battle over the future of his law license. His attorney continued to argue the convicted former governor has done nothing wrong.

Blagojevich welcomed the spotlight in the days after his prison sentence was commuted by President Donald Trump. But he turned down the opportunity to appear before the ARDC, where a panel was hearing arguments over whether Blagojevich should be disbarred.

In a sharply-worded decision, Rod Blagojevich was called "dishonest and deceptive" by state regulators, who first suspended his license in 2011 and now recommend that he be disbarred, never allowed to practice law here again. The decision would short-circuit Blagojevich's original profession that started in Malibu, California in the early 1980's.

Blagojevich was enrolled at Pepperdine in Southern California and received his law degree from the Christian university in 1983, but in interviews he admitted to being a poor student, achieving a 'C' in constitutional law, which he said was one of his better grades.

He also said that he was distracted by surfing and movie stars, and barely knew where the law library was.

However with those credentials he became an assistant Cook County State's Attorney and launched his political career, which he told ABC7 last week should have reconsidered early on.

"I probably would have stayed a lawyer; building my legal practice which I was doing. And frankly those were happy years without any of this in our lives," Blagojevich said.

The decision Tuesday would not give Blagojevich that option.

Illinois' Attorney Registration and Disciplinary Commission panel that heard his disbarment case has determined that the convicted ex-governor "sought to further his own interests by engaging in a pattern of dishonest and deceptive conduct" that "he has not acknowledged that his conduct was wrongful or expressed any remorse" and that Blagojevich's "failure to appear for his disciplinary hearing demonstrates a lack of respect for the disciplinary process and the legal profession."

Blagojevich sent in his own attorney for the hearing last week, seeming to surrender the fight by not showing up personally.

"He is not prepared to lose his law license, but he just did not care to contest this proceeding today," Blagojevich's attorney Sheldon Sorosky said.

Meanwhile, back in Malibu, only two items mark Blagojevich's legacy: a 2011 article in the student newspaper when the alumnus was convicted, and the next year's headline when he was starting his prison sentence.

The final decision will be up to the Illinois Supreme Court.

Rod Blagojevich gave this statement Tuesday on the ARDC ruling: "I haven't practiced law since 1995. Imagine yourself sitting on a plane and then the pilot announces before takeoff that he hasn't flown in 25 years. Wouldn't you want to get off that plane? I don't want to hurt anybody."