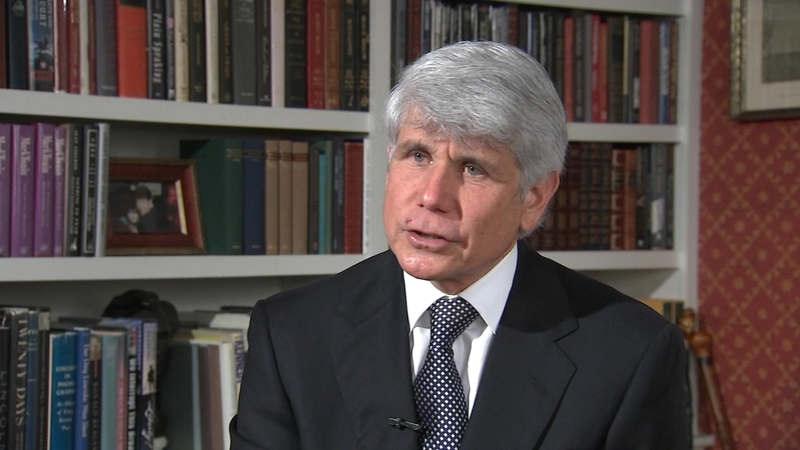 CHICAGO (WLS) -- Rod Blagojevich may not have a job yet, but the former Illinois governor says he's found a way to try to earn money more than a week after his early prison release.

On Thursday, Blagojevich launched a profile on Cameo, a website where celebrities, sports figures and others can make money doing personal greetings.

"I guess they pay you for each one of those messages," Blagojevich said. "If it's a graduation, or a bar mitzvah, or even something that's not - maybe someone is ill or not feeling good, if someone is interested in hearing from you."

The former governor is also considering writing several books after his prison sentence was commuted by President Donald Trump.

"I'd like one of them to be frankly about what happened, but I'd also like to write a book about adversity. I'd like to be able to help others who are going through hard times," Blagojevich said.

Blagojevich also expressed interest in getting involved in Cut 50, an organization that works to reduce crime and mass incarceration.