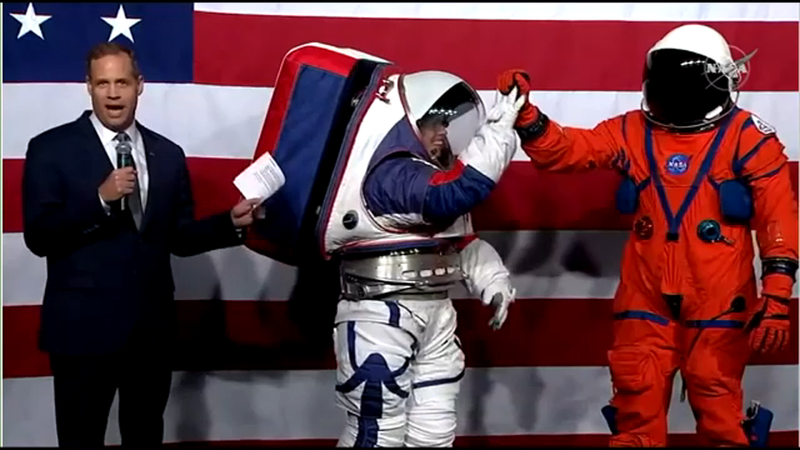 The president's impeachment inquiry was a central topic as a-dozen Democratic candidates met on stage.

Sen. Bernie Sanders of Vermont said impeachment was the only choice for "the most corrupt president in the history of this country."

Later in the debate, the three oldest candidates faced questions over their age.

Sanders is the oldest candidate at 78 He declined to answer when asked how he would reassure Americans of his good health. Sanders just returned to the campaign trail after suffering a heart attack.

76-year-old Biden argued that his experience and wisdom are assets because "I know what has to be done" as president.

Elizabeth Warren, who's 70 years old, promised to outwork, out-organize and outlast anyone, including the Republicans.

NASA's spacesuits have a new look
Astronauts will rock the red, white and blue design for the planned moon landing on the lunar south pole.

The new suits are supposed to be more comfortable and provide greater mobility and flexibility. They were specifically designed for astronauts to move around freely as they walk on the surface of the moon.

You can experience a night of 1,000 Jack-o-Lanterns at the Chicago Botanic Garden.

The elaborate display of festive, carved pumpkins is back at the Chicago Botanic Garden and opens Wednesday evening.

The display was so popular, that the feature is extended to 10 days this year.