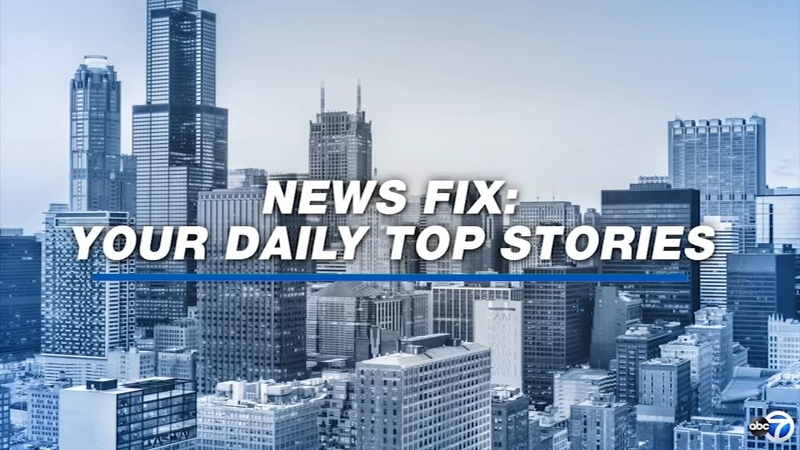 There are four confirmed cases of COVID-19 in Illinois, with the most recent two cases being a husband and wife.

The man is currently in isolation at Northwest Community Hospital in Arlington Heights. Health officials said it was unclear how the man was infected, but he then spread the virus to his wife.

She's in isolation at home and both are in good condition.

There's also a suspected case of COVID-19 at the University of Chicago Medical Center.

Across the country, there are now more than 100 confirmed cases.

Six people have died from the virus in the state of Washington.

The Illinois Department of Public Health has set up a COVID-19 hotline, email address, and website to answer questions.

The fight for the Democratic presidential nomination reaches a critical juncture on Tuesday as millions of voters from Maine to California head to the polls.

Sen. Bernie Sanders, who has energized liberals and young voters, is seeking to pull away from the rest of the field, while Joe Biden hopes to ride a wave of momentum and establish himself as the standard-bearer for the party's moderate wing.

There is a new show of force and unity in Joe Biden's campaign as former candidates Pete Buttgieg and Amy Klobuchar have said they will back fellow democrat in the race for president.

iPhone owners could get $25 from Apple after the company agreed to pay up to $500 million to settle claims over intentionally slowing down older phones to preserve older batteries.

Apple and lawyers representing iPhone consumers agreed to a deal stemming from Apple's 2017 admission that it was slowing down phone performance in older models to avoid unexpected shutdowns related to battery fatigue.

That admission led to Apple offering discounted battery replacements at $29, but many people claimed they had already spent hundreds of dollars to buy new phones because Apple didn't reveal the cause of the problem.