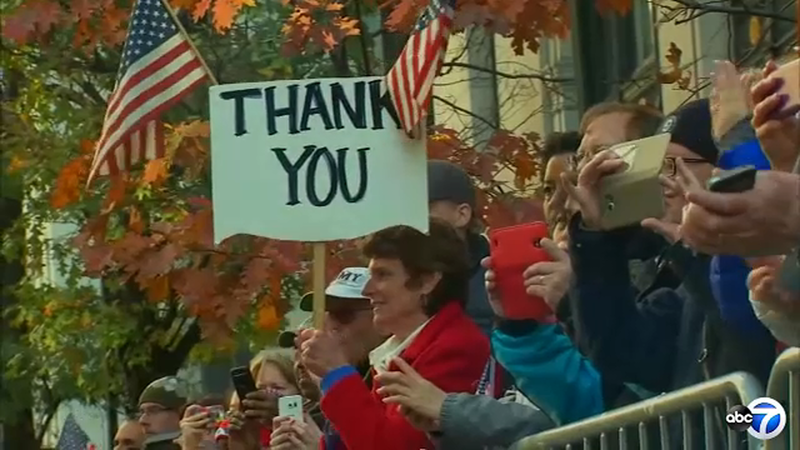 November 11, is Veterans Day. A day used to pay tribute to all those who have served.

The holiday started as Armistice Day in 1926 where it originally honored veterans of the first World War.
In 1954, President Eisenhower expanded the holiday to include all veterans and changed the name to Veterans Day.

Click the link above for a full list of events around the Chicago area and Veterans Day deals.

Apple Card under investigation for "sexism"

A New York regulator is investigating whether the Apple Card discriminates against women.

The controversy started when one customer said he was offered a credit limit 20 times greater than what was offered to his wife despite the fact that the man's wife has a higher credit score.

The card is managed by Goldman Sachs.

The firm denies any bias and said the card's approval decisions are based only on a customer's credit record, not gender.

A man in Florida is suing Madonna because of the delayed start time of upcoming concert.

Madonna fan, Nate Hollander, said he spent over $1,000 dollars back in August for the Madame X Tour performance in Miami Beach, Fla. scheduled for December 17.