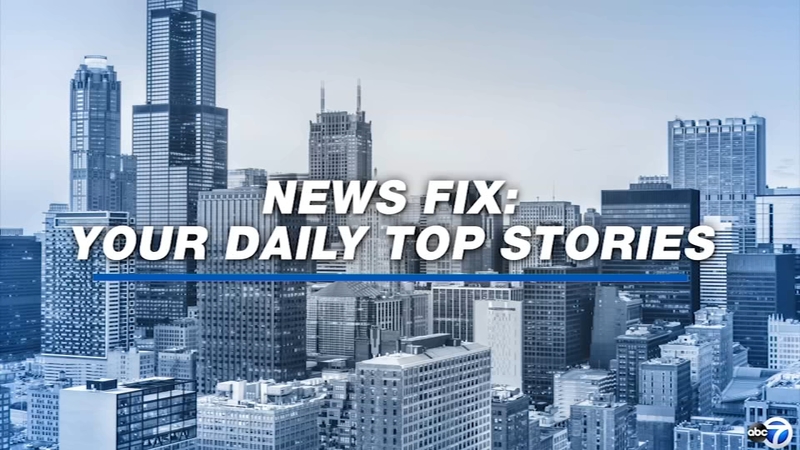 News Fix: Temperatures dip across US; affect wildlife in Florida

We all know winter means colder temperatures but strange things can start to happen when temps drop in unexpected areas.

The National Weather Service sent out an alert warning residents in Southern Florida to watch out for falling iguanas!

According to NWS, low temperatures won't actually kill the reptiles but it does temporarily immobilize them causing them to fall out of trees.

Officials said the reptiles will wake up as temperatures start to rise again.

Wednesday is your last chance to file a claim if you were affected by the Equifax data breach.

The 2017 breach compromised the personal information of nearly 147 million people.

People impacted by the breach were hoping to get a check for up to $125.

However, the Federal Trade Commission says the response has been so overwhelming those payments should be expected to be much less.

Click the link above for information on how to file a claim.

Kramer claims he's being blocked from performing with the group at the Grammys this weekend.

Kramer was injured last spring, and couldn't play during the band's launch of a Las Vegas residency.

The drummer said when he recovered from his injuries, Aerosmith forced him to "re-audition" and the band still wouldn't let him rejoin the group.

Band members have not yet commented on the lawsuit.

The ousted Grammys CEO fired back at the Recording Academy on Tuesday, alleging that she was removed after complaining about sexual harassment and pay disparities and for calling out conflicts of interest in the nomination process for music's most prestigious awards.

Lawyers for Deborah Dugan, who was placed on administrative leave last week after six months in the job, filed the discrimination complaint with the Equal Employment Opportunity Commission just five days before the Grammy Awards.

She alleged she was sexually harassed by the academy's general counsel, Joel Katz, who late Tuesday denied her account.

Dugan detailed the harassment and other issues in an email to an academy human resources executive on Dec. 22, according to the complaint.

The academy said in a statement that it "immediately launched independent investigations to review both Ms. Dugan's potential misconduct and her subsequent allegations. Both of these investigations remain ongoing."