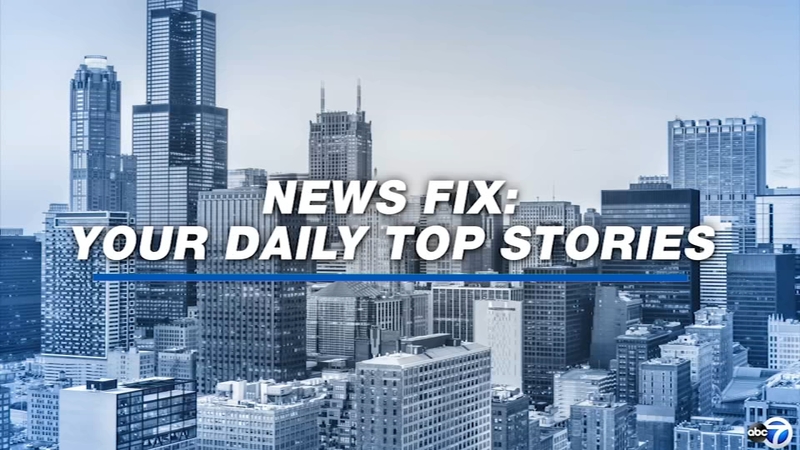 TOP STORY: House to vote on Trump's war powers; US/Iran agree to step back from war

The U.S. and Iran stepped back from the brink of possible war on Wednesday as President Donald Trump signaled he would not retaliate militarily for Iran's missile strikes on Iraqi bases housing U.S. troops.

No one was harmed in the strikes, but U.S. forces in the region remained on high alert.

Iran said the attack was retaliation for the U.S. strike that killed Gen. Qassem Soleimani, the architect of its regional military.

The House will vote Thursday on a measure limiting Trump's ability to take military action against Iran as Democratic criticism of the U.S. killing of a top Iranian general intensified.

An announcement unlike any other came from Britain's long reigning monarch.

Prince Harry and his wife Meghan Markle announced their plan they plan to 'step back' as senior members of the Royal Family.

The couple released a statement saying their plans include working to become financially independent and they'll be splitting their time between the United Kingdom and North America.

Buckingham Palace responded in a separate statement saying:
""Discussions with The Duke and Duchess of Sussex are at an early stage. We understand their desire to take a different approach, but these are complicated issues that will take time to work through."

Meghan and Harry have both spoken out against the tabloids and media critics of their relationship.

The post featured a screen shot of a TMZ article with the headline, "Justin Bieber battling Lyme disease and winning."

He also said that he had "a serious case of chronic mono which affected my, skin, brain function, energy, and overall health."

Lyme disease is contracted "through the bite of infected blacklegged ticks," and many cases can be treated in just a few weeks, according to The Centers for Disease Control and Prevention.

In the post, Bieber promised to explain his health struggles in his upcoming docuseries, Justin Bieber: Seasons, which will be released on YouTube on Jan. 27.